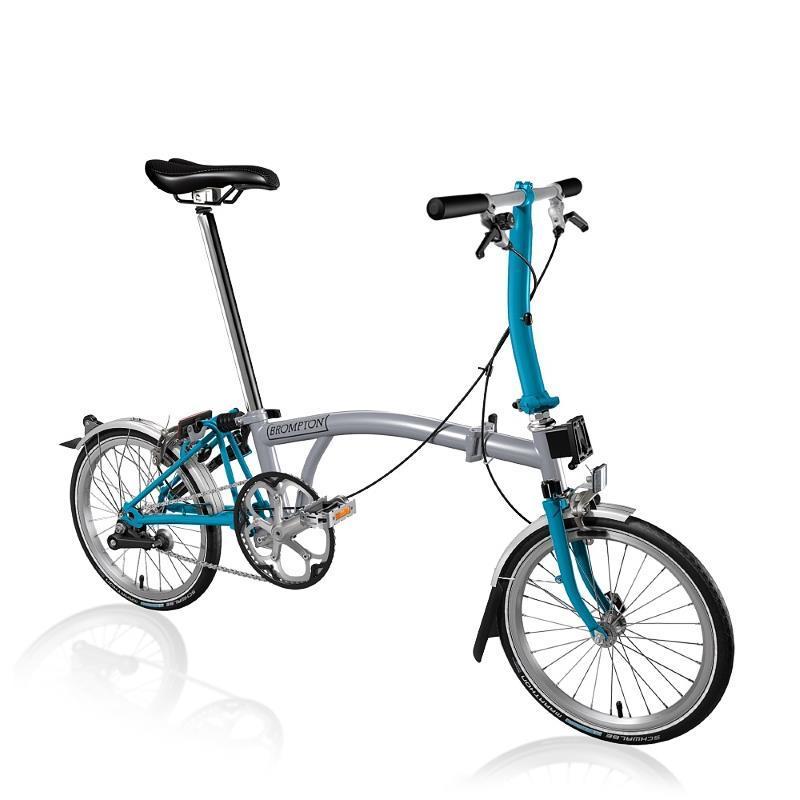 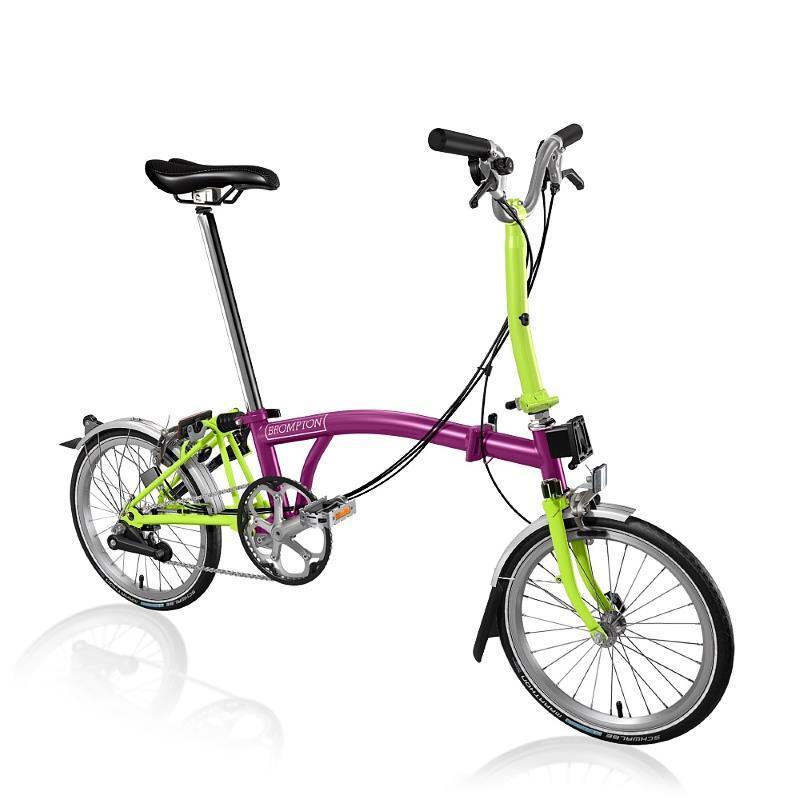 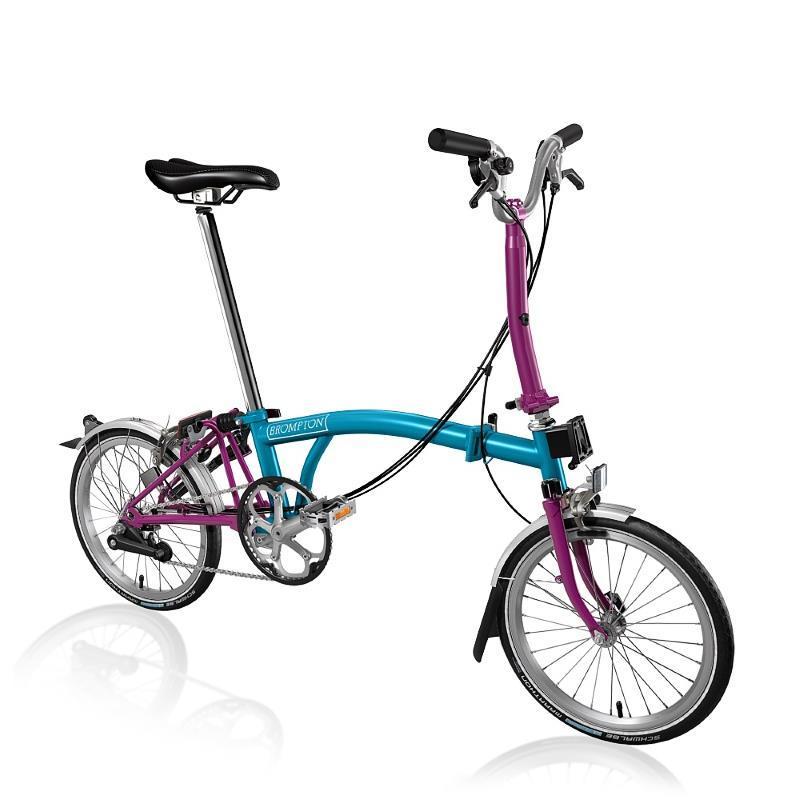 The Brompton is a fully configurable bike. That means you can make a custom order to suit your own needs - starting with a basic single speed 'M1E' in colours with no surcharge for £800, going right up to a titanium and fully equipped model such as a M6RX for well over £2000.

Choose your riding position - upright with the 'M' bar; sporty with the 'S,' or multiposition with the 'P.' There's also the new extra upright 'H' bar. Choose from 1, 2, 3 or 6 gears. Choose your tyres, saddle, luggage and lighting.

We are here and happy to advise you on this specification. For more information on all custom options and the array of different colours vist the Brompton bike builder where you can design your dream Brompton in a simple visual way.

Once you've designed your Brompton your given an individual bespoke code for that bike which you can bring into the store for us to order.

(Please note that as this is not a specific model, the class scores below relect the highest possible for any one class and not the best attainable across all classes).

A cycling legend, the British made Brompton sets the standards for folding bikes. Often imitated, but never bettered in our humble opinion. The clever bit is the characteristic "flip" of its back wheel under the frame, for both parking and folding. This allows for the inclusion of rear suspension, and thus high-pressure tyres. The net result is a bike that folds better and faster than anything else on the market. Low weight, a short wheelbase, small wheels and light steering make it quick and agile - indeed, it will ride better than most large wheelers.

Though many of our customers do serious mileage on them, the Brompton is really an urban creature.  In the city... property values put a premium on space and its folded footprint is negligible; where traffic congestion reduce average speeds to less than 15mph, its light handling and fast acceleration gives it a decided advantage; where life is fast, its quick fold and versatility allows it to integrate with bus, train and taxi.

It is above all a supremely practical utility bike and has an excellent luggage carrying system.

If your cycling needs are for shorter frequent trips such as commuting and shopping; if you need to fold it frequently (some commuters will have to fold it 8 times a day); if you want to wear conventional clothing - the Brompton has a low crossbar and a chain that sits inside the fold... then get a Brompton.