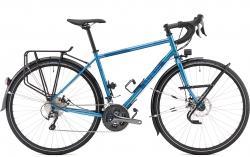 Ready for the world

The classic touring bike is the product of decades of evolution and literally millions of cycling miles. Over the years it has incorporated innovations and quality improvements in just about every area of component design, but in its purest form it remains the same - a classic bike for distance. Robustly constructed out of high quality steel, tourers are designed for people who like to use their bike to travel.

Touring bikes are reliable platforms for carrying luggage, whilst smooth road tyres on large 700c wheels make them fairly swift. The classic English style of tourer also features racing-style drop handlebars which allows for multiple riding positions, and these are set in a slightly more upright position than that found on road racing bikes, allowing for a much greater degree of comfort on longer rides. For more challenging expeditions, involving rougher trails and unmetalled roads consider the newer breed of adventure bikes such as the Salsa Fargo or a model with a 26" wheel option such as the Heritage or Long Haul Trucker, which are both available in either 700c or 26".

Unlike most bikes, most touring bikes are still made of steel.

Steel is real... so say the purists, and steel tourers are only made out of high quality branded steel tubing from the like of Reynolds (Ridgeback, Genesis) and Columbus (Condor). In some configurations the best of these steel alloys will better the lightness of quality aluminium alloys and will certainly result in frames that are lighter than the cheapest aluminium frames. High quality steel bicycle tubing has an inherent springiness making for a comfy ride, as the frame will soak up all the small jolts and vibrations that one is likely to encounter on the roads. By comparison, a rigid aluminium frame will feel harsh and tiring on a long day's ride (which is one reason why so many aluminium bikes have suspension these days).

Thus the logic of classic touring bikes begins with the steel frame. Because more compliant steel frames have their own element of suspension it is feasible to run thinner, higher pressure, tyres. Their low rolling resistance will more than compensate for the small weight penalty. The absence of suspension also delivers another advantage - simplicity. Simplicity is highly desireable if you are looking for a bike that will take you to far away places, or are planning extended trips away from home - as Surly says "repair carbon fiber in the middles of Mongolia? Good luck with that!"  This principle also extends to other aspects of touring bike design such as the gears.

So... simple, resilient, versatile and steel. In a country which you can traverse without hardly touching a main road, tourers are probably the ideal vehicle to explore the great British countryside.

Too much like hard work? Explore our range of ebikes here: Electric Bikes. 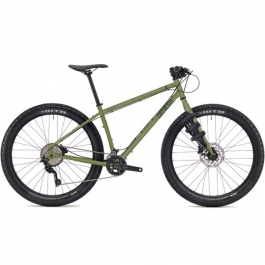 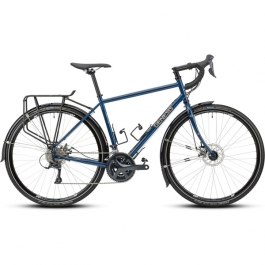 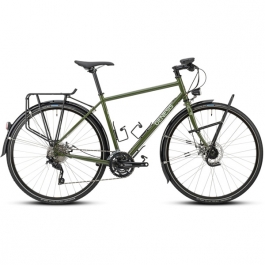 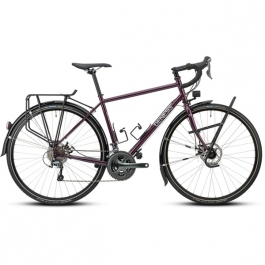 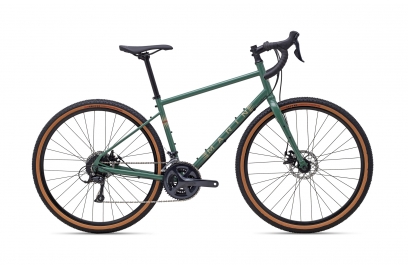 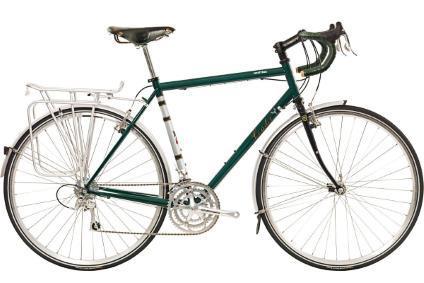 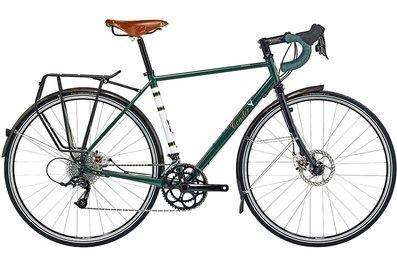